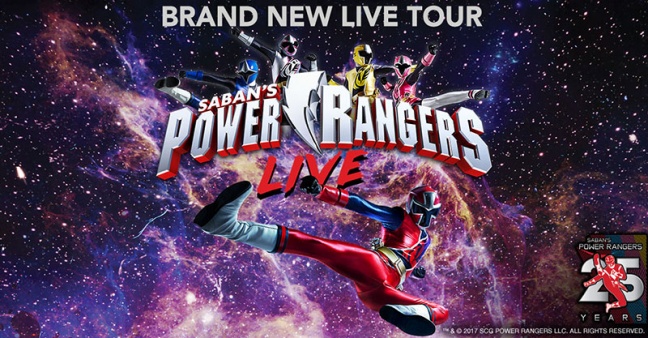 FORT LAUDERDALE – In celebration of Saban’s Power Rangers’ 25th Anniversary, the iconic Rangers are set to morph onto stages around North America in an epic live show based on one of the longest running series in television history.  Power Rangers Live will be an interactive, mixed media stage production for the whole family with endless action-packed stunts and epic martial arts. Six ordinary teens will morph into the Power Rangers to help save cities and the world from an alien threat!