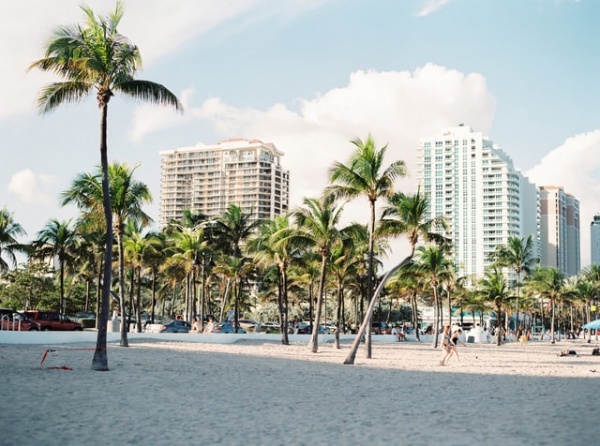 Is South Florida going to become the next Silicon Valley? According to some experts, we're almost there. However, others are doubtful regarding the idea that the Miami tech scene has the potential to become a dominant player in the world scene. And the truth is that there are still some major challenges to overcome. But, the trajectory has been very promising so far.

In the last couple of years, we have been able to see an undeniable blossom of Miami's tech scene. And it seems that the trend will continue. Now, will Miami ever achieve the status that Silicon Valley already has? It's impossible to tell, but here's what we know.

More and more people living outside the Sunshine State seem to be interested in things you need to know before starting a business in Florida. So, the influx of new entrepreneurs does exist. Let's see what drives it.

Why do entrepreneurs choose South Florida?

As you could imagine, lots of researches have been done about Miami becoming the next Silicon Valley. So, here's what we can conclude from all of these.

What can South Florida expect from all of this?

As the tech scene in Miami and cities nearby grows, so will South Florida's economy. And there's nothing weird or unexpected about this.

As things are right now in this part of the state, job growth in the tech sector is outpacing the general economy. And this is happening quite rapidly, if we may add. Each year, more and more Miami and Fort Lauderdale residents find productive and well-paying tech jobs. And we don't have to explain how good this is. Not only for job seekers but the local economy also.

Even other non-tech-based industries have recorded the growth thanks to Silicon Beach effects. And when the COVID-19 pandemic happened, it was expected for this market to stagnate. However, techies reflected their priorities, and most of them concluded that South Florida gives them the maximum work-life balance.

So, almost overnight, Florida went from a retirement state to a state full of hard-working, driven people. And that's certainly not a development you can witness often.

In 2020, Miami-based startup companies managed to raise $927 million across 57 deals. And this may not seem strange to you, but something interesting is going on. You see, the deal count was the lowest in the past five years. However, the dollar volume of funds invested was never higher.

All of this means that the companies are growing rapidly, which certainly brings a positive vibe. And this is one of the reasons why the question of whether South Florida is going to become the next Silicon Valley receives a positive response lately.

When it comes to the greater area that we can consider to be South Florida, it saw nearly $2 billion in funding. And as you can expect, the total funding also reached a five-year high in 2020. So, if you're a startup owner, it seems to be a smart decision to relocate your business to South Florida. Moving to an area that can foster your company's growth is an investment in a successful future. It would also be smart to find reliable assistance to ensure a smooth relocation and move to the area as soon as you can.

Of all the startups that have come out of South Florida in the last couple of years, Magic Leap probably is the most famous one. Some tech experts event went as far as calling it one of the most valuable startups in the world back in the day.

Knowing all this, it doesn't come as a surprise that this is the company that raised the most in funding. And we're talking numbers higher than $3 billion here.

The fantastic results that Magic Leap achieved shouldn't make you believe that there are no other good examples of entrepreneurship in South Florida. On the contrary, EcoSystems was founded in 2012 with $5,000 and no outside funding. Since then, they have managed to become the fastest-growing company in the Environmental Services category.

They're a service company dealing with the sustainability and construction space, and they're scaling at a rate that is rarely seen in their sector. They plan nothing less than growing their team and offerings.

It's worth mentioning that this is a type of business where younger workers can mentor older ones. And seeing a company that is aware of that and that it utilizes it is exceptionally delightful.

Knowing how things are right now, many experts think that they've cracked the code of what lies ahead of us. According to many, the rush of founders and investors from the West Coast to places such as South Florida and Texas is the precursor for something bigger.

It's estimated that the future of startups will be a decentralized, global ecosystem. We can expect to see wealth and knowledge not concentrated but shared and open. And in this world that is alleged to come, Miami has a head start. The city is already considered to be among the world's most prominent startup hubs. And in 2020, even more, big tech names migrated to Florida.

So, is South Florida going to become the next Silicon Valley? As it seems, the answer is no. It will become a lot more than that.

More in this category: « Tips for starting a small business in Fort Lauderdale High-End Women’s Consignment Boutique from Southern California to Open First Franchise and First East Coast Store »
Login to post comments
back to top