Do you wonder how successful people achieve a level of success; maybe more than most do? Does luck play any part in their path to success? Does adversity factor in? If someone grows up with abnormal challenges do they have a greater chance of succeeding than the next person? The answer may be a resounding, “YES”.

It seems highly successful people have a common thread of persevering through challenging times and past events. “Give up” is not a phrase to which they adhere. You've heard it before, "If at first you don't succeed, try, try again." For successful people this is not just a saying, it is a mantra. 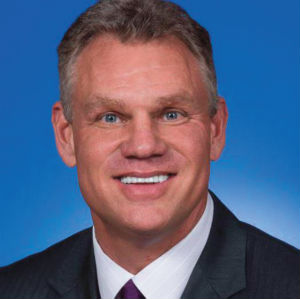 Bob BirdsongPresident CEOOK Generators. Bob Birdsong was born in Washington, DC. His life began with many challenges. As a baby, he spent the first year and a half in the hospital; the doctors thought he had Cystic Fibrosis. He remained sickly and was always the skinniest and smallest child in school. His dad was an Army officer but his parents divorced when he was very young and his father remained absent in Bob’s life. His mother moved to South Florida when Bob was seven years old to live with his grandparents. His parents were not a guiding force in his life, which started the survival mode in Bob’s psyche where he knew “if it’s going to be, it’s up to me”. His early life started out challenged, at best. Being a sickly child most of his younger years made his early years in school very trying, as he was constantly being picked on and bullied by others. He was a poor student before entering high school, admitting that he had ADD (Attention Deficit Disorder). He went to Nova Middle School and High School. He was the scrawniest kid, with dark stained teeth (a result of having a drug like Tetracycline over a period of time for his illness.) Learning to deal with ridicule became a part of his life. He vowed to himself if he ever got the money as an adult he would fix his teeth and have the best smile ever! (He accomplished that.) He came to a self-realization that if he didn’t change his work habits in school he would never amount to anything. He resolved to make good grades, and in high school at Nova he graduated 2nd in his class as Salutatorian. He conquered most sports in high school and got a soccer scholarship to go to Michigan State University.

Everyone should have a mentor, and during Bob’s commission in the Navy, he credits his Commission Officer from the submarine, Captain Jerry Sullivan, for inspiring him to make a difference. Mr. Sullivan instilled in him to never be afraid to fail, but to always pick yourself up from a failure and try again. Never give up, and take the risk.

During the Navy he got married and had a 1 year old son, but then his wife passed away. In 1990, Bob was forced to leave the Navy as they wouldn’t allow a single father stay in the service. He came back to Fort Lauderdale with no job and a baby with no mother and his only option was to find employmnent. One day he picked up a newspaper and saw an ad for a generator technician at OK Generators. He answered the ad and got the job as generator technician. It was that year that he declared to himself that he was going to own OK Generators. He made a personal commitment and started his self-actualization plan.

He worked there for several years as a technician, and in 1997 he became General Manager. In 1998, Bob found a partner and bought the company. Education is important to him, and he also completed a second degree in Electrical Technologies from NYU in 2003. 1998 was a turning point for him. He knew he had no other options and had to make this company work and become successful. His drive and determination kicked in and forging ahead was the only option. He had seen setbacks in his life, but knowing that he must never give up and to continue to persevere.

In 2004 he bought out his partner and became the sole owner of OK Generators. Several months after his purchase, hurricanes hit South Florida. Being in the right place with his new company, those storms took him from being owner of a $4 million company to a $20 million annual revenue company continuing to grow. The company now has 4 locations within the state and more in the Caribbean.

Bob Birdsong’s involvement with local charities and nonprofit organizations started in 2011 when he went to a breakfast event for 2-1-1 Broward. When he saw the stories of the underprivileged and underserved he related to their stories because of his own challenged upbringing. Being in a position to give back to those in need fulfills him greatly. 2-1-1 Broward was his first step into charity involvement and it’s been his “baby” since then. He is now on the Board of Directors for 2-1-1 Broward and in September 2014 Bob will become the Chairman of the Board of 2-1-1 Broward.

His challenging younger years brings a depth to his involvement in other organizations and he serves on boards which resonate with him, such as the March of Dimes, Broward Workshop, Art Broward, Broward Health Foundation (Chairman of the Board), and Chris Everett Children’s Hospital (Chairing Strategic Plan to Raise Capital), Broward College Foundation, Broward YMCA, Urban Youth Impact and he fulfills his love of helping veterans through his involvement with Mission United.

He is a logistical person and thinks in a macro world today. He has a gift for recognizing talented people and placing them on various boards to effect change. He has a deep and wide respect for self-made people who have worked hard to raise themselves up the ladder of success with honesty and integrity. He holds his personal friends very close. He believes that as a leader you need to lead and not be friends with your employees. Treat them with extreme fairness and respect and they will reward you with performance.

His passion to help children and animals come from his own lifetime of experience. He is driven to help the underdog. He has given free commercial generators to animal shelters because the animals there are helpless victims and deserve a chance to live during power outages. His kids come first and he reaches out to them on a regular basis with a phone call or text to let them know he’s there for them and loves them. He knows the absolute importance of being there for them.

His advice to others is to “be the BEST that you can be, regardless if you are a sanitation worker, office worker or CEO of a company.” Keep your personal integrity and be true to yourself. He refuses to allow the “what if” wheels turn in his head at night. Staying focused on his defined business plan is important. He writes down his goals and keeps a journal, checking his progress from time to time.

Bob Birdsong’s story of overcoming adversity to become a leader in our community is a lesson in perseverance he hopes to share with others. His goal for the future is to have his company be successful on its own, so that he can continue to be out in the community serving others. His story reminds us that “regular” people showing courage and determination are all capable of extraordinary things. 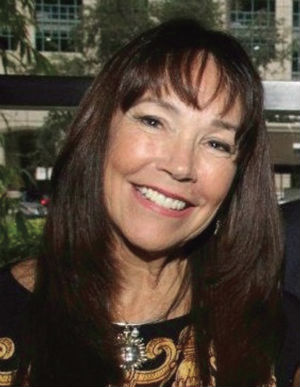 Carolyn is a long-time resident of South Florida and is passionate about being involved in the community. She has over 25 years’ experience as a Real Estate Broker, (Berkshire Hathaway Florida Realty) and her joy is to contribute to the betterment of others’ lives, whether it’s putting them in a happy home or inspiring them with her motivational posts on Facebook, Twitter or LinkedIn.