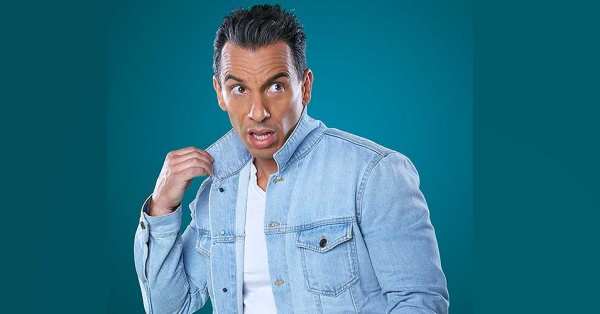 FORT LAUDERDALE – The Chicago-born and-bred turned Los Angeles native Sebastian Maniscalco is known for posing questions like “What’s Wrong With People?” and in his latest 2014 Showtime special, Aren’t You Embarrassed? that spawned appearances on The Tonight Show Starring Jimmy Fallon, Late Night with Seth Meyers and Conan. Maniscalco is hitting the road in 2016 bringing new material and some fan favorites to a variety of theaters across the country. Tickets go on sale Friday, November 20 for his January 22 appearance at Parker Playhouse.

As the Dallas Observer noted, “Much of the material for his three comedy specials and tours comes from his astonishment with modern society’s unspoken rules and the juxtaposition of current culture against his upbringing in a hardworking, 'half-Sicilian, half-Italian' immigrant family.” Maniscalco shares, “Those values ... have been a catalyst for my comedy. I’m like, 'Wow, I guess a lot of people didn’t have this type of upbringing' … that old world technique of, you know, nothing’s given to you, you’ve gotta work for everything you’ve done.”

All he has worked so hard for is paying off with his first memoir also expected in 2016 mixing two of his favorite things: laughs and food, titled Where You Wanna Eat? The memoir by Maniscalco and co-author Alan Eisenstock will explore Maniscalco’s dining experiences and dos and don’ts from a lifetime as a diner, waiter and keen observer of human nature through a series of his most memorable meals (Gallery Books, an imprint of Simon & Schuster). The first glimpse at the table-side humor audiences can expect from Maniscalco in his memoir can be seen in January when he joins Jerry Seinfeld for Comedians In Cars Getting Coffee.

Additionally, Maniscalco will make several major motion picture appearances in the coming year including a voice-over role in the animated feature Nut Job 2, a New Line Feature comedy The House starring Will Ferrell and Amy Poehler (directed by Andrew Cohen), and in the independent drama Cruise directed by Rob Siegel and produced by Jeremy Renner.

The appearance on January 22 is at 8 p.m. Tickets are available for $39.50 - $55. Ticketmaster is the only official ticketing service of the Broward Center, Parker Playhouse and affiliated venues. Buy tickets online at www.BrowardCenter.org, www.ParkerPlayhouse.com, www.Ticketmaster.com; by phone at 954-462-0222; in person at Ticketmaster outlets or the Broward Center’s AutoNation Box Office. Tickets are also available for purchase at the Parker Playhouse box office Tuesday through Saturday from 12 p.m. to 5 p.m.

The Parker Playhouse, located in Holiday Park at 707 N.E. Eighth Street in Fort Lauderdale, is an affiliated venue of the Broward Center for the Performing Arts, which provides programming and management of the facility. All dates, times, programs, artists and ticket prices are subject to change without notice.

About Sebastian Maniscalco
A 2014 American Comedy Award nominee for Best Club Comedian, Sebastian Maniscalco is quickly becoming one of the most sought after funny men in the business today. A frequent guest on networks such as Showtime and Comedy Network, the “half-Sicilian, half-Italian” from Chicago currently is busy producing the wildly popular “The Pete and Sebastian Show” podcast, touring North America, and working on his forthcoming memoir.

More in this category: « How do we occupy all that free time?
Login to post comments
back to top