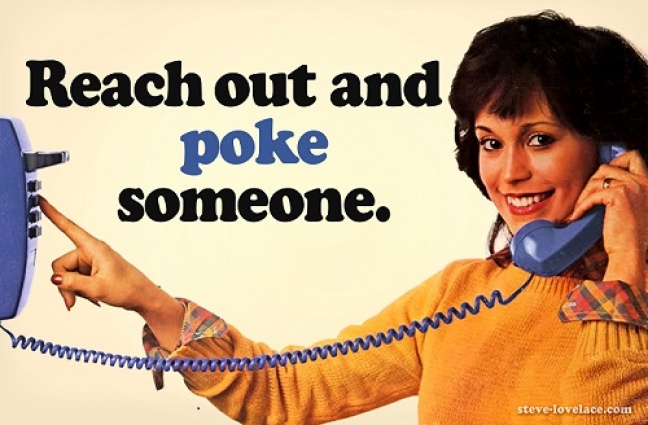 Facebook described it as "a simple and fun way to say hello to your friends."

Facebook quietly withdrew its disappointing Poke app proving that just as a bully can slap you on the back of the head from behind and pretend it wasn’t them, the Poke app would allow you to do the same thing from across the country or the world and be just as inane but more ‘cyber spacey.’

It was a throwaway gesture for those with time and an unlimited amount of social angst.

Poke allowed you to send ephemeral messages, photos and videos to your friends that would last up to 10 seconds before vanishing forever. It can be compared to your fellow high schoolers who rejected you at the time but tolerate you now because of your ability to operate a computer.

The intention here was that you could prove you really don’t have a life to your so-called ‘friends’ by ‘poking’ them and see if they’re holding their smart phone and ‘Poke you back’ within the 10 seconds, thus showing you that either they ‘care’ or don’t have a life either.

“One of the top time wasters of all…..well, time” cheerily said a Facebook spokesperson who declined to be named but added, “I just poked you. Wasn’t that fun?”

Snapchat was launched at the end of 2011, and rapidly gained acceptance to where users now send 700 million photos and videos per day, according to the startup. Poke, stumbled into cyberspace a year later and dropped out of the top 25 most downloaded iOS apps shortly after that due to the dismay of Facebook nerds everywhere.

So where does this leave the original Facebook poke — the ability to "poke" your ‘friends’ for no reason and with no obvious meaning?

Nowhere! which is where it should have been in the first place!

More in this category: Comedian Sebastian Maniscalco Sells out All Four Shows at Beacon Theatre for New Comedy Special and Announces His 2016 Tour »
Login to post comments
back to top