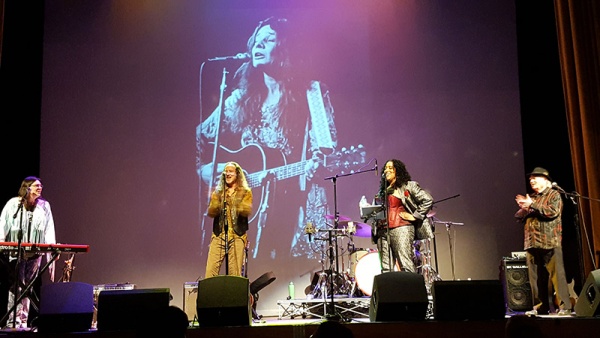 FORT LAUDERDALE – Exactly 50 years after Jimi Hendrix closed out the 1969 Woodstock Festival in the early hours of August 18, those that were there and some friends perform an evening of peace and music as Ten Years After, Big Brother & The Holding Company and Vanilla Fudge headline Hippiefest in the Au-Rene Theater at the Broward Center for the Performing Arts on Sunday, August 18 at 6:30 p.m. Sha Na Na founding member Henry Gross, the youngest performer at Woodstock 69, hosts and performs.

Formed in 1966, Ten Years After finally got people to take notice after their incendiary performance at the original Woodstock festival. From there, Alvin Lee along with Ric Lee on drums, Leo Lyons on bass and Chick Churchill on organ, pushed the boundaries of the blues-rock format and in the process made classic albums, including the festival staple "I'm Going Home."

Big Brother & the Holding Company, along with bands like The Grateful Dead and Jefferson Airplane. is considered one of the original, first wave of great psychedelic bands. Along with Janis Joplin, they embodied the San Francisco counter-culture sound of the 60's.

Vanilla Fudge was one of the first American groups to infuse psychedelia into a heavy rock sound to create “psychedelic symphonic rock" and scored big with “You Keep Me Hangin' On" after appearing on the Ed Sullivan Show.

Rock & Roll revival group, Sha Na Na’s popularity soared after legendary performances in the Fillmore Auditoriums East and West and at the 1969 Woodstock festival. With the groups' appearance in the film Woodstock and the accompanying Cotillion Records 1970 LP of the same name, it became a worldwide phenomenon. In 1976, Gross released the solo single "Shannon," written about the passing of Beach Boy Carl Wilson's Irish Setter of the same name, that became a worldwide hit.

Tickets are $39-$69 with $120 JetBlue Flight Deck at the Club Level tickets. Ticketmaster is the only official ticketing service of the Broward Center, Parker Playhouse and affiliated venues. Buy tickets online at BrowardCenter.org or Ticketmaster.com; by phone at 954.462.0222 or the Broward Center’s AutoNation Box Office. Know who you are buying from when you purchase tickets.

The Broward Center for the Performing Arts is located in the Riverwalk Arts & Entertainment District at 201 SW Fifth Avenue in Fort Lauderdale.