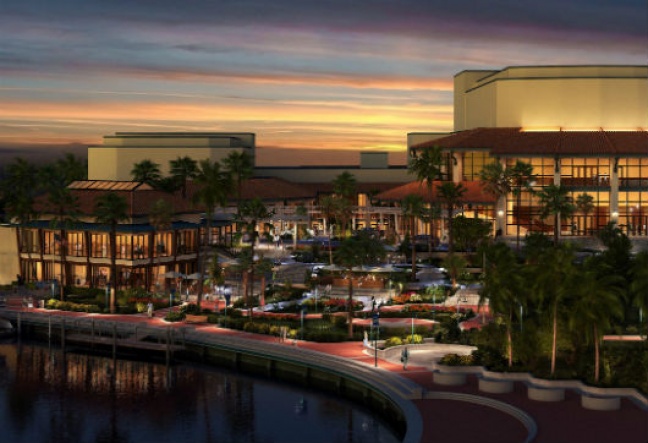 The Broward Performing Arts Foundation today announced that a donor who wishes to remain anonymous has offered to match up to $ 1 million in giving to the ENCORE! capital campaign. The gifts must come within the next six weeks to be eligible for the one-to-one match.

This generous gesture will allow the Foundation to reach its $56 million fundraising goal for the Broward Center for the Performing Arts' capital renewal and expansion project, ENCORE! Building Community through the Arts.

The announcement was made from the stage of the Amaturo Theater by Kelley Shanley, President and CEO Broward Center for the Performing Arts, during the grand opening ceremonies of the new Huizenga Pavilion on April 12.

"Since the launch of the ENCORE! capital campaign, generous donors and public partners have supported our efforts to restore our theaters, create new spaces and increase our capacity," said Shanley. "This commitment is yet another example of how deeply our community values the tremendous impact of the Broward Center."

To date, a total of $54 million has been raised through public and private giving leaving a balance of $2 million to meet the $56 million campaign goal.

"If someone has been considering making a contribution to ENCORE!, there's no better time to give ," said Lisa Kitei, Executive Director of the Broward Performing Arts Foundation. "Over the next six weeks, every gift will have twice the impact."

To take advantage of the ENCORE! challenge or for more information, please contact the Foundation at 954-468-3284, e-mail This email address is being protected from spambots. You need JavaScript enabled to view it. or visit www.browardcenter.org. Naming opportunities are still available.

The latest milestone of the ENCORE! expansion project was Saturday's grand opening of the Huizenga Pavilion, overlooking the New River. The Pavilion, a two-story structure with floor-to-ceiling windows, offers 3,500 square feet of spectacular event space in the second floor Porter Riverview Ballroom. On the first floor, guests will enjoy waterside dining at the New River Bistro, slated to open in the fall. Outside, the Wendt Terraces feature lovely views of the river, while the Von Allmen Plaza provides a grand entrance to all the offerings at the Broward Center.

The Rose Miniaci Arts Education Center which opens this summer will feature the JM Family Studio Theater, a 2,100 square-foot education hall, as well as classrooms and coaching space. It will enable the Broward Center for the Performing Arts to serve even more children in its arts-in-education program, one of the largest in the United States now serving more than 150,000 students annually.

The first of the Broward Center spaces to undergo renovation and renewal as part of this project was the Au-Rene Theater, which now offers new seating, enhanced sound and lighting, updated lobbies and the new all-inclusive Club Level. In addition, the new Silver Airways Intermezzo Lounge was unveiled, and the Peck Courtyard was refreshed.