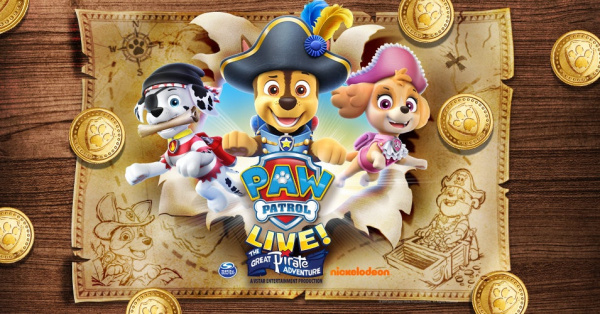 FORT LAUDERDALE – The Grammy® Awards, Latin Grammys, Rock & Roll Hall of Fame, NAACP Image Awards, Emmy Awards and the Latin Songwriters Hall of Fame are just some of the organizations who have recognized the acclaimed performers taking the stages at the Broward Center for the Performing Arts this August.

The summer couldn’t get any hotter than when Buddy Guy and John Hiatt & The Goners featuring Sonny Landreth team up for one incredible blues concert in the Au-Rene Theater on Thursday, August 4 at 7:30 p.m. Guy stands alone as the greatest living blues artist in the world, defining second-generation Chicago blues with his wild performances and screaming, feedback-laden solos. The Grammy Award-winner and Rock & Roll Hall of Fame inductee is an iconic force on guitar whose incandescent solos reveal the searing, uninhibited soul of the blues. A singer-songwriter, Hiatt has played a variety of musical styles on his albums, including new wave, blues and country. Nominated for 10 Grammy Awards, he has been awarded a variety of other distinctions in the music industry. The concert is presented by the Broward Center and AEG Presents. Tickets are $39.50-$124.50 with $144.50 Spirit Club Level seats.

Voted “Best Keyboardist of All Time” by Music Radar Magazine, Jordan Rudess comes to the Amaturo Theater on Saturday, August 6 at 8 p.m. He is perhaps best known as the keyboardist/multi-instrumentalist for platinum-selling Grammy-nominated prog rock band, Dream Theater. In 2010, Rudess composed “Explorations for Keyboard and Orchestra,” his first classical composition. In 2013, he released All That is Now, a solo acoustic piano recording which works interactively with his app, Jordan Rudess Explores and his orchestral album, Explorations, which features a 50-piece orchestra. Rudness’ interest in state of the art keyboard controllers is another area of his career in which he has achieved success as he owns the successful App development company, Wizdom Music, that has built apps for Intel, Microsoft and RIM. Tickets are $25-$45.

Nickelodeon and VStar Entertainment Group present PAW Patrol Live! “The Great Pirate Adventure,” an action-packed, music-filled production on Saturday, August 6 at 10 a.m. and 2 and 6 p.m. and Sunday, August 7 at 10 a.m. and 2 p.m. The PAW Patrol is back and on a roll in person and LIVE on stage! Ryder and your favorite pups have been working hard to get back on the road and they are ready to roll to the Au-Rene Theater. In this production, the heroic pups from the top-rated animated preschool series PAW Patrol, produced by Spin Master Entertainment and airing on Nickelodeon, embark on a pirate-themed adventure to uncover hidden treasure. Tickets start at $15. A limited number of V.I.P. (Very Important Pup) Packages are available, starting at $119. The VIP package includes a premium seat and exclusive photo opp with PAW Patrol characters after the show. Each adult & child (age 1 & up) in a group must have a VIP ticket.

The Broward Center and AEG Presents bring Christopher Cross in his “40th Anniverasry Tour” to the Amaturo Teater on Wednesday, August 17 at 8 p.m. Cross made history with his 1980 self-titled debut album, winning five Grammy Awards, including the four most prestigious awards: Record of the Year, Album of the Year, Song of the Year, and Best New Artist. With hits such as "Sailing," "Arthur's Theme," "Ride Like The Wind" and "Never Be The Same,” he is one of the most successful adult contemporary artists of all time and is known for his incredible vocal range and energetic live performances. Cross continues his recording and performing career with a new album, Secret Ladder, that evokes the artistry of such great singer-songwriters as Joni Mitchell and Randy Newman while addressing contemporary concerns. Tickets go on sale June 23 and are $49.50 - $89.50.

Affectionately known as the Gentleman of Salsa, Gilberto Santa Rosa returns to the Au-Rene Theater on Friday, August 19 at 8 p.m. One of the most celebrated Latin music vocalists in the world for his

musical elegance and style, the five-time Latin Grammy Award winner was presented with a Lifetime Achievement Award by the Latin Recording Academy in 2021.  He has also been nominated for five Grammy Awards and won the award for Best Tropical Latin Album for Directo Al Corazón. Santa Rosa’s style of salsa has consistently entertained crowds since the 1980s with his energetic personality, vocal improvisational skills and refreshing sense of humor. Santa Rosa brings his tantalizing Latin flavors to the stage with salsa and bolero top hits such as "Que Alguien Me Diga" and "Por Más Que Intento." His latest album, “En Buena Compañía,” is an eclectic mix of Santa Rosa’s romantic style with harder-edge salsa. Noted for being the first salsa artist invited to perform at Carnegie Hall, he was recently honored in an HBO Latino special celebrating his 40 years in music. Tickets are $50-$150 with $135 Spirit Club Level seats.

The Broward Center and AEG Presents bring renowned violinist, author, entrepreneur and philanthropist Damien Escobar to the Amaturo Theater in An Evening with Damien Escobar on Thursday, August 25 at 8:30 p.m. With determination to be recognized as the "dopest" violinist to crossover into mainstream music, the NAACP Image Award nominee and Billboards chart topping artist claim to fame came early on in his teens when he, alongside his brother, appeared on America's Got Talent as Nuttin' But Stringz. Since re-launching a solo career, Escobar boasts 200,000 downloads from his first R&B mixtape, Sensual Melodies, followed by the release of his high-energy, inspirational single "Freedom." Tickets are $35-$45 with a $89.50 VIP ticket includes a premium seat location and  a pre-concert VIP soundcheck and Q & A with the artist.

Status Brokers INC and the Broward Center present an unforgettable evening of Latin jazz with two-time Grammy Award winner Marlow Rosado with special guest F. Tony Toyan on Saturday, August 27 at 8 p.m. The multi-instrumentalist is owner of one of Miami's leading recording studios where artists such as Elvis Crespo, Ricky Martin, El Gran Combo, Jon Secada and countless others have produced some of their top-selling musical productions. From salsa to rock, from merengue to hip-hop, from bachata to reggaeton, the versatile Rosado has had his musical hand in all of it. A native of Puerto Rico, he is a salsero at heart and has successfully written, played and produced hits in a variety of musical styles with more than 70 recordings by the most notable names in Latin music and earning him the "La Musa" award at the Latin Songwriters Hall of Fame. Tickes are $28-$38 with a $58 VIP Package which includes a premium seat and a post show artist meet and greet.

America's favorite musical satirist, three-time Emmy nominated singer, writer and comedian Randy Rainbow takes the stage in the Au-Rene Theater on Sunday, August 28 at 8 p.m. In “The Pink Glasses Tour,” Rainbow takes on the hottest topics and skewer politicos of the day as only he can, as he brings his most viral video song parodies to life onstage. Featuring live accompaniment by some of Broadway's finest musicians, the show also includes personal stories, an audience Q&A and brand new original songs written by Rainbow with Marc Shaiman (Hairspray, Mary Poppins Returns) and Alan Menken (Little Shop of Horrors, Beauty and the Beast). Tickets are $37-$67 with $127 Spirit Club Level seats. VIP tickets which include premium seat location and a post-show meet and greet with Rainbow are $97.

Also in August, Murray & Peter present War on the Catwalk on Saturday, August 13.

More in this category: « History Fort Lauderdale Presents “Tranquil Tropics: The Art of Tim Forman & Friends” from July 10 – September 11
Login to post comments
back to top