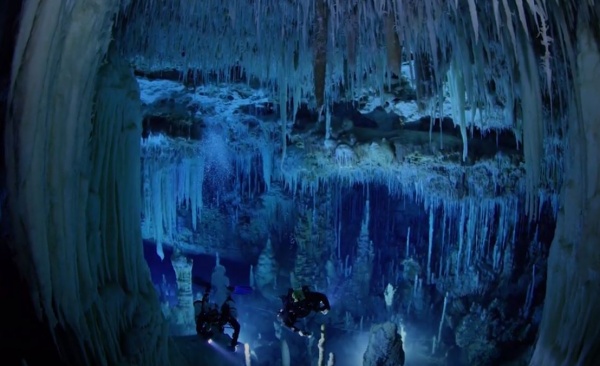 The Museum of Discovery and Science in Fort Lauderdale will be showing the epic science spelunking adventure documentary, Ancient Caves, which premiered this past Friday, January 29. The film will be playing in the AutoNation® IMAX® Theater every Tuesday-Sunday to give audiences of all ages an underground adventure into some of the world’s oldest tunnels dating back to the ice age.

Narrated by actor Bryan Cranston, Ancient Caves follows paleoclimatologist Dr. Gina Moseley and her team of cave explorers as they embark on a mission to unlock the secrets of the Earth’s climate in the most unlikely of places - caves. Moseley and her team of cave explorers travel the world investigating vast underground worlds in search of stalagmite samples that reveal clues about the planet’s climate history. Their quest leads them to some of the world’s most remote caves, both above and below the water, in France, Iceland, the Bahamas, the U.S. and Mexico’s Yucatan Peninsula.

More in this category: « The 30 Million Dollar Renovation of the Iconic Parker Playhouse is in the Homestretch Broward Center Offers Free Virtual Sensory-Friendly All Abilities Events »
Login to post comments
back to top