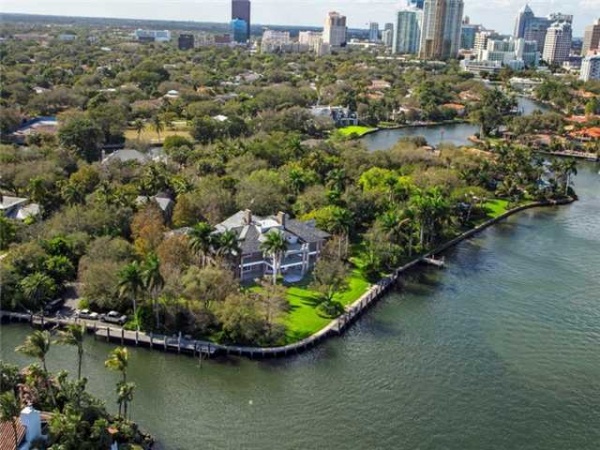 Historic homes. A lush, oak-tree canopy. Colee Hammock is a piece of old Florida and country calm, just steps from the heart of downtown Fort Lauderdale.

The neighborhood is one of the oldest in Fort Lauderdale, with one of the densest concentrations of meticulously restored and maintained historic houses.

The Riverside Hotel, the Floridian, and the First Presbyterian Church all sit within its boundaries, along with dozens of private residences designed by some of the most famous architects in early South Florida.

The hammock was named for the lush cluster of trees on the banks of the New River and for James Louis Colee, an engineer working for Florida pioneer Mary Brickell.

Brickell bought the land in 1916, and vigorously defended her vision of a locale for an upscale residential neighborhood stretching from what is now Broward Boulevard to the river between the Sospiro and Himmarshee Canals. When Henry Flagler extended his railroad from West Palm Beach to Miami, Brickell insisted he run his tracks west of her spot on the river.

"He wanted to run it in a straight line and she said, 'Oh, no you're not. You're going to have to move it,' " said Gail Capp, chairman for the Colee Hammock Walking Tour. "That's why we have Dixie Highway and the railroad that doesn't make sense why it dips and turns there and goes on Dixie highway. It's because Mary Brickell wouldn't let him come through Colee Hammock."

Now home to a variety of doctors, lawyers, teachers and others, the houses in the neighborhood exhibit a variety of Florida styles, including Art Deco/Moderne, Mediterranean Revival, Mission Revival, Bungalow, Frame Vernacular, Minimal Traditional, and Ranch.

"People who typically live here or want to live in here love the eclectic architecture, love the location, love the oak trees and we would like to obviously remain a very strong residential neighborhood," Scott said.

More in this category: « Neighborhood Living Near The Heart of It All Tarpon River Growing Up in the Victoria Park Neighborhood »
Login to post comments
back to top