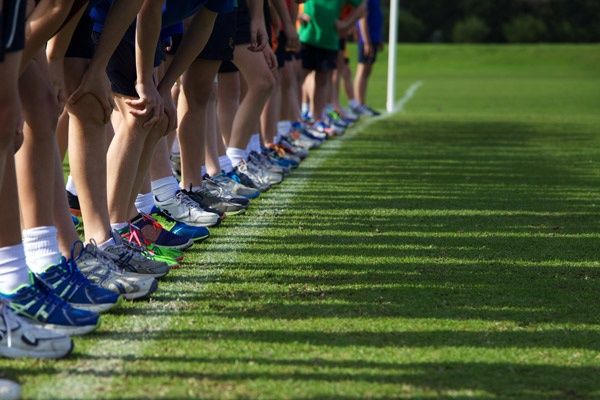 Alexandria, VA -- This spring, a team of six runners, each of whom have been impacted by some form of mental illness, will run a relay across the United States to increase public awareness regarding mental health issues. Throughout their journey, they will speak out about depression, addiction, post-traumatic stress disorder (PTSD), and more, in a forum that encourages honest dialogue and highlights causes for action.

Mental Health America (MHA), The Herren Project (THP), and Break the Stigma Project (BSP) are excited to present the inaugural Icebreaker Run (icebreakerrun.org) as part of Mental Health Awareness Month in May. Beginning in Los Angeles on May 16, the runners will set out on a 3,000 plus mile relay route that winds through the southern portion of the United States then heads north along the eastern seaboard, finishing in in Alexandria, VA. The Icebreakers will run continuous legs, with the team averaging 130-140 miles a day. Their goal is to run 24 hours a day for 24 days. The non-stop concept is important to the relay team because, “Mental health doesn’t rest. It persists and endures.”

“We named the expedition the ‘Icebreaker Run’ because we intend to have a running conversation with people across America as we run from coast to coast,” said Icebreaker Run team captain, Charlie Engle. “Our goal is to take the first step to begin the dialogue and continue the conversation regarding the barriers existing between mental illness and mental health.”

One of the world’s most accomplished ultra distance runners, Engle openly discusses his struggles with addiction and the importance of treatment and support to sustain recovery. Now into his 23rd year of sobriety, he admits that it has been hard work. Adding, “On this run we will share our stories and what we have learned through our personal journeys. Most importantly, we will listen, because so many people who are struggling with these issues just need to be heard.”

The Icebreakers will conclude their relay June 9, on the main stage of Mental Health America’s 2016 Annual Conference, outside the Nation’s Capital.

“We’re so pleased to be partnered with the Icebreaker Run this year and with all the great runners who will be participating,” said Paul Gionfriddo, president and CEO of Mental Health America. “The run will provide a window into positive stories about people living with mental health conditions. It fits perfectly into our efforts to promote intervention Before Stage 4, and into the theme of this year’s MHA Annual Conference—Media, Messaging, and Mental Health.”

Former NBA player, Chris Herren, will join the Icebreakers on the final leg of their 24-day journey. Then, Herren, whose own powerful story was the subject of ESPN’s Unguarded, will share his journey, as will the Icebreaker team members.

“Every journey starts with just one step and I am extremely grateful that The Herren Project will be part of this incredible relay across the United States to bring awareness to several issues that individuals and families are struggling with nationwide, including addiction and mental illness,” Herren, founder of The Herren Project shared, “I look forward to joining this amazing team of individuals and running the final leg side by side with them as they finish outside Washington, D.C.”

More in this category: Florida House and Senate Support Deo’s Efforts to Eliminate Fraud from Reemployment Assistance Program »
Login to post comments
back to top